Turkeys, apples, and psychotic farmers! It must be november! what better movie to usher in this lovely month than “Fantastic Mr. Fox,” with its richly designed autumn palette. initially, i was very excited to hear wes anderson was directing this. while i wasn’t fond of the “Darjeeling Limited,” his other films rank among my favorites. “Mr. Fox” does not disappoint. It’s good for thoughtful adults and children alike. The subtle complexity of Dahl’s original isn’t lost here, nor is it buried under unnecessary additions. the expansion of the story adds rather than detracts, simply because, like Dahl’s book, nothing is sentimentalized {notwithstanding adorable costumed animals.} I was lucky to receive the book on its making for a christmas past and i’ve spent hours pouring over the tiny props, costumes, and sets. here are a few of my favorite pagers:
click pictures to ~enlarge 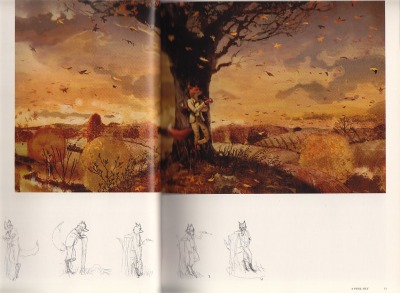 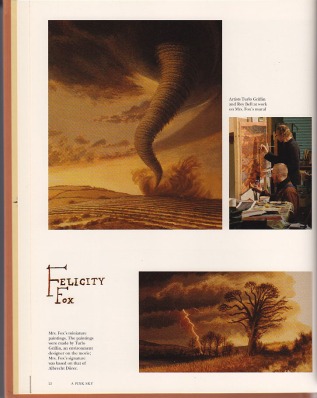 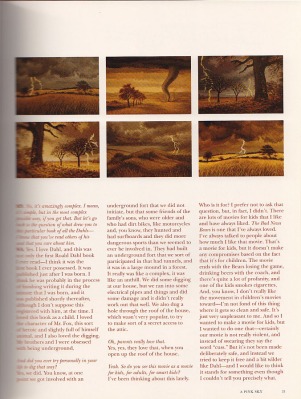 “she’s got a good eye, but she’s obviously very depressed.” ~bean’s critique of mrs. fox’s paintngs. {cut from the film.} 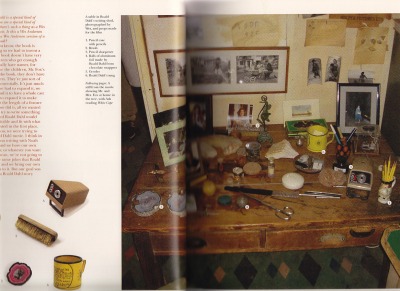 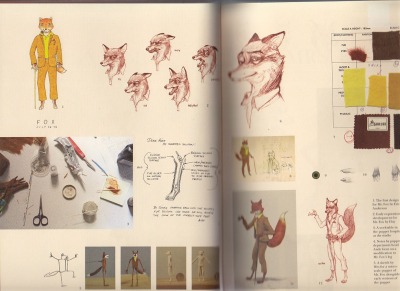 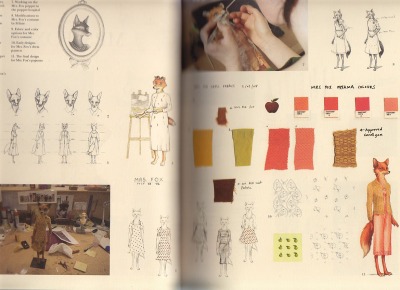 btw~ rifka made her own mrs. fox dress. prepare to die from pleasure: the perfect apple dress! 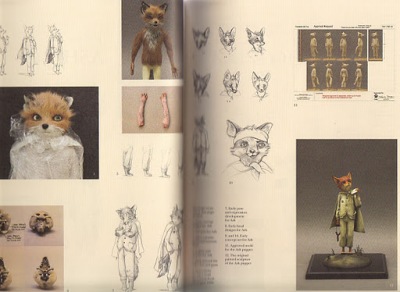 poor ash. i loved him. i know what it’s like being a disappointemnt to your parents. i too am “wiggle-wiggle-fingers… different.” 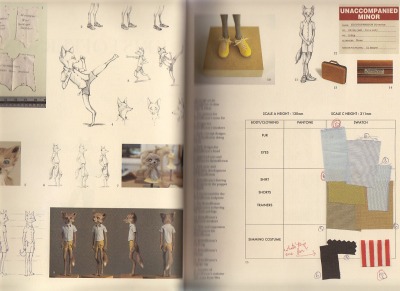 i have secret hopes karl will grow up to be a kristofferson. nice, smart, and good at martial arts. what? a mother can dream ;P