Oh Mother’s Day, no other holiday fills me with as much ambivalence as you.
So here’s my two favorite mothers and their words of wisdom: 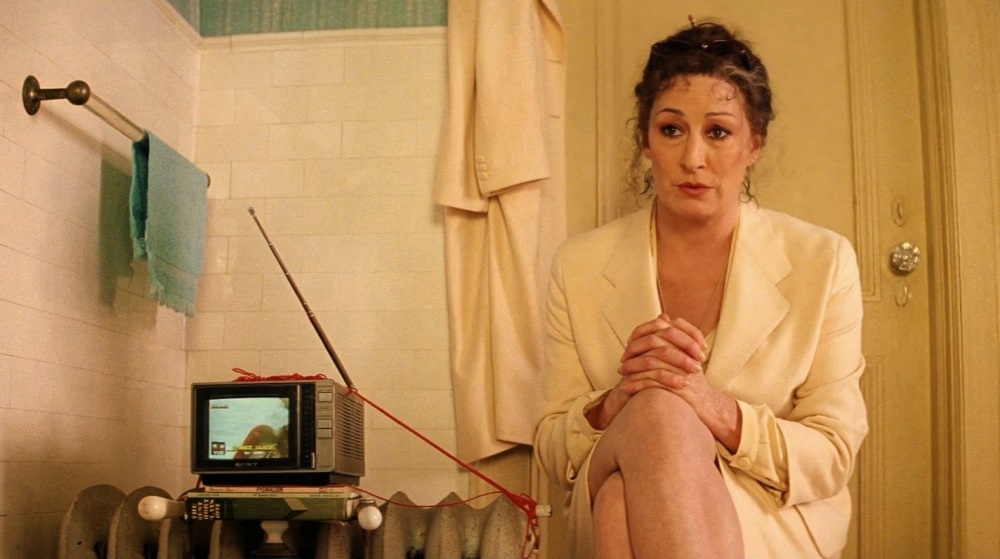 “How long have you been a smoker?”
“22 years.”
“Well I think you should quit.”
(yes, I know the second picture is from a different scene, but I love her expression.)

“If the clothes from that dry cleaning bag are on the floor of my closet, you’re going to be a very sorry young lady.”

Some days I struggle with the idea- “what is a good parent?” I had completely absent parents, so I have no real life, up close models to compare myself to. I usually describe myself as an adequate parent. My children are often insanely adorable, funny, and smart. But they’re also boring, unbelievably destructive, and occasionally mean. According to popular opinion regarding parenting, I’m responsible for both extremes. I know admitting, that for me, motherhood isn’t an “OMG! TREASURE EVERY MOMENT!!!!11111” experience probably makes people think that I’m not happy. But I’d say about 80% of the time I am. The other 20% though, holy shit. About 19 of that 20% was during Karl’s colic.
For me, being a mother has pried open parts of my psyche that I usually keep tamped down. (I’m now unbearably sentimental, complete with tears- curse you Harry Chapin!) While I try to keep things smooth and even, I find that most days I zig-zag between the smothering overattention of Etheline Tenenbaum and the exasperation/inattention of Betty Draper/Francis. But for all of that, becoming a mother has forced me to engage with the world in a way I’ve avoided. At times I’m both a better and a worse person than I was before- and an interesting side effect is, I’m a better, more inspired artist. I strive to create beautiful, meaningful paintings so that at some point in the distant future my children will have some idea of who I am beyond the “mother” they know.
So much of their personalities seem already set, yet I wonder what kind of people they will grow up to be. My secret desire for them both is that they are kind, but nobody’s fool- which is probably something I’m not supposed to admit in public. But I do. I want them to have the fortitude and wisdom to navigate life, and the grit to not be taken advantage of. That’s a quality I resisted up until I turned 30 and one of the few regrets I have is wasting decades of my life attempting to please people. I absolutely regret being “nice” and “cool” to people who didn’t merit it. And now I’m stuck with how to pass that lesson on to my children in way that they’ll embrace, rather than reject. They are already so far ahead of me than I was at their ages. They have so much confidence and determination. I can only hope I have many more years with them (even when they drive me crazy).


Yes, this song is ridiculously corny, but it makes me cry every time. Thanks a lot Mother hormones.