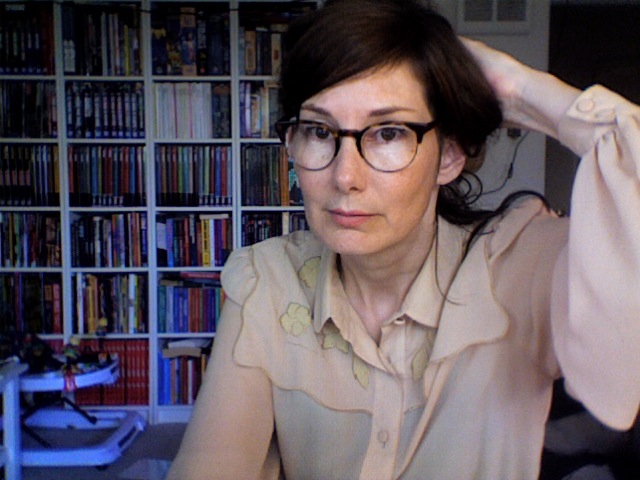 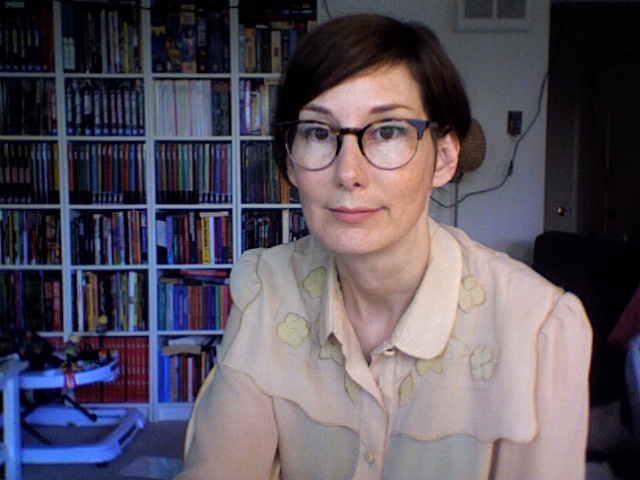 Well, these eyes have finally gone blurry. It’s pretty common for people in my family to need glasses in our early 40s, and sure enough I hit 42 and whammo! My eyes just gave up focusing up close. Reading and more importantly drawing and painting were giving me a headache.
I’d heard about Warby Parker through a friend and a few months ago we ordered some trial pairs for Mikael, who wears glasses full time and has since he was a child. I was hoping to find a pair for him that were dark on top and clear on the bottom- like these worn by Dr. Wells on The Flash (played by Tom Cavanagh): 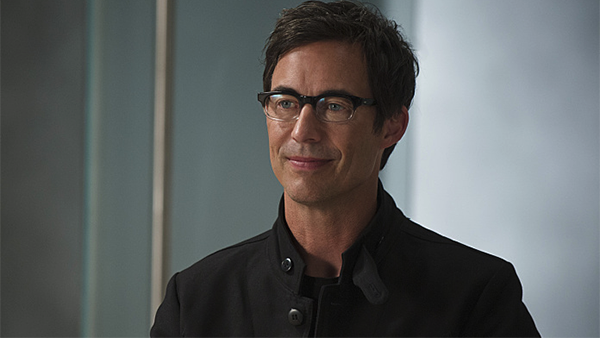 Or these worn by Jeff Goldblum:

Sure enough, we did. The Huxley in Tennessee Whiskey. He looks even cooler- if that’s possible!

So, I looked through Warby Parker for myself and settled on the Ripley  in Oak Barrel. Not only did they make me think of Sigourney Weaver’s character in Alien, but they were a winning combination of light and hugely owlish, so I wouldn’t be staring at the frames from the inside. We went into San Francisco to their store. Everyone was suuuuuuuper nice. We barged in, my husband, myself, our giant 5 year old Karl, and our stroller with baby Tony. Miracle of miracles, they didn’t act like they were allergic to children. We didn’t get any dirty looks at all from the staff, which was a welcome relief. The exact opposite. They had coloring sheets and crayons on hand, gave one to Karl, and seated him at a large central table. He was very happy and content. They even asked pleasant questions about our children and talked about their nieces and nephews. Shopping with children is stressful, and shopping with them in San Francisco is the stuff of nightmares, even though Karl is very well behaved. But people in SF hate children. They fucking hate them. And their parents. I know there are a lot of shitty parents who don’t control their kids in public, but damn! But no – Warby Parker was amazing! Mikael hit the nail on the head- they’re like an Apple store for glasses. And I don’t even care if it’s not genuine. It was great- like Mikael wants a second pair of glasses from them kind of great.

Also- I’m not shilling for Warby Parker- no offense to those who do- we’ve just had a genuinely great experience with them. And they’re inexpensive! Middle class Northern California inexpensive mind you, but yeah! And yes, I probably should have run my photos through a “make me pretty” Instagram filter, but it feels so gross to me. I know that’s really de rigueur for blogs, buuuuuuuttttt… I don’t go out of my way to post hideous photos of myself, but I also want them to still look like me. And I’m not a “blogger” so that let’s me off the hook. I think.

Anyway, wearing glasses, even a fraction of the time, is weird. I’ve always wanted glasses, but staring through them is taking some getting used to. And despite the adage that boys don’t make passes at girls who wear glasses, my husband keeps asking me to help him find a book…