“Gordon Laite’s breathtaking artwork for a Little Golden Book edition of the Andersen fairy tale was found recently in the Golden Books archive. Planned for a 1970 release but never published, this Little Golden Book is finally making its debut for today’s fairy tale fans! And it couldn’t be a lovelier retelling of the story of a determined princess whose loyalty saves her brothers from being turned into swans by an evil queen.” ~Random House

What the what? Yes, you read that right. This is all the more valuable bc Laite died at such a young age, before he had the time to illustrate many books. I’ve already reviewed some of his other stories- like Cinderella, Diamonds and Toads in the Blue Fairy Book, and More Tales to Tremble By.

Based on Hans Christian Anderson’s story, the adaptor, Robin Davies does a wonderful job changing Anderson’s story (of which I’m not a fan) into something nearly identical to the Grimms’ fairy tale, “The Six Swans.”  The Late Medieval 15th century setting is amazing. Check out the evil step mother’s bizarre hennin. I also love that she’s nearly green with envy. FYI- if I’d had thirteen kids, I probably would have died too.

Autumnal colors characterize all the illustrations. 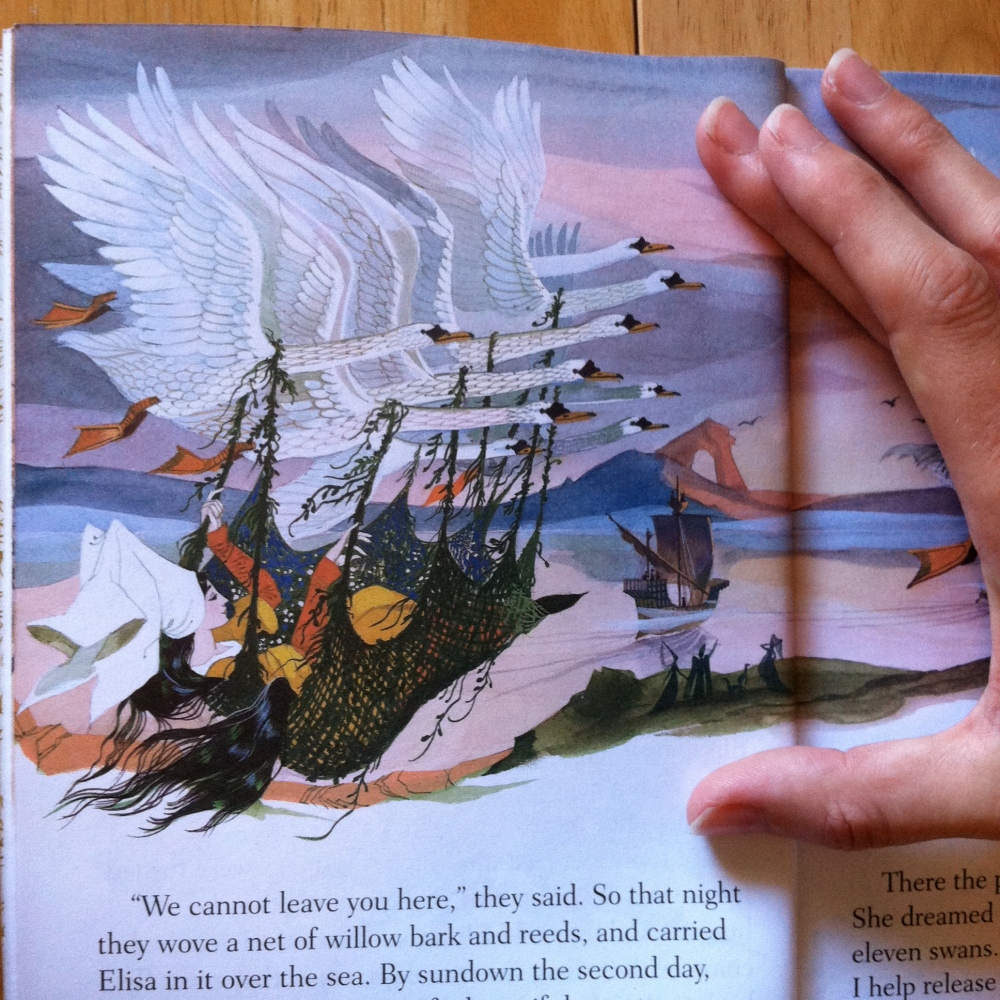 Those ladies are throwing some serious shade Elisa’s way.

But not as much as this guy! I almost forgive him bc his fur hat is all kinds of amazing. 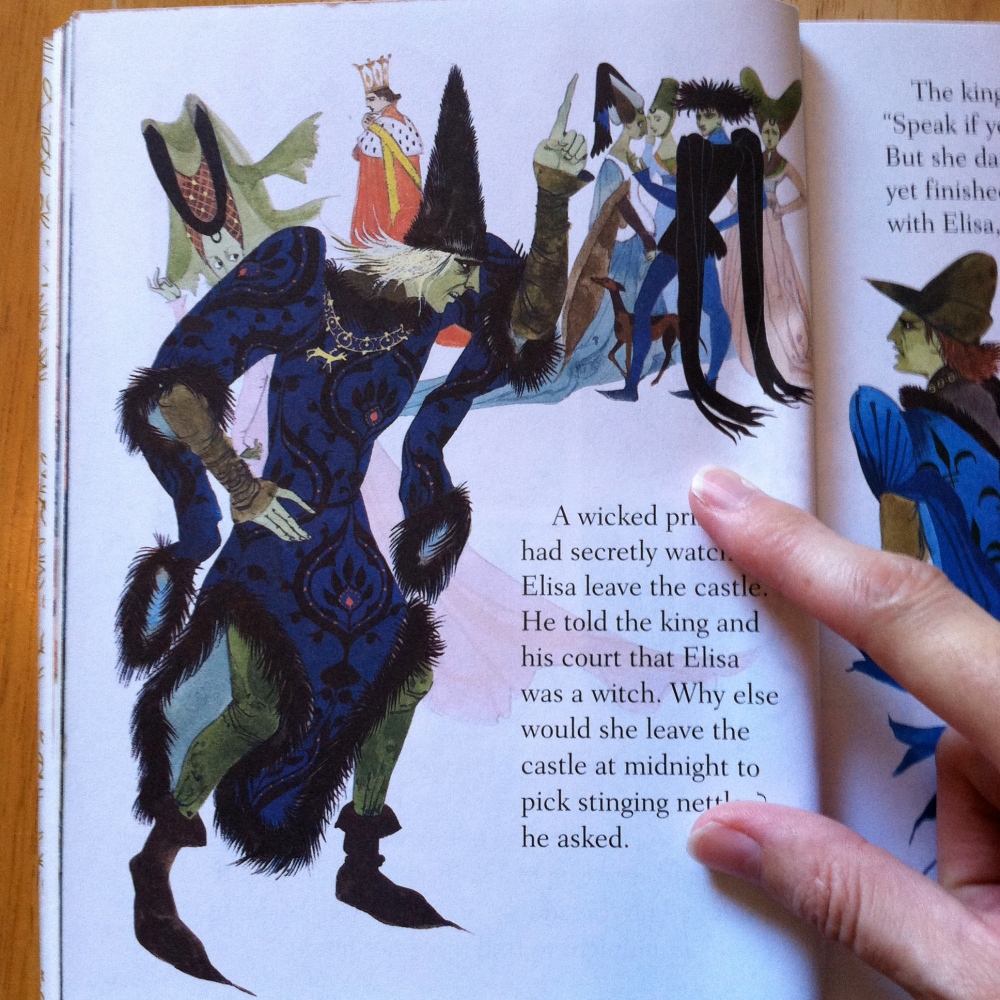 Can these illustrations get anymore awesomely gothic?

Why yes they can- I love that Laite ditched Elisa’s amazing truncated butterfly hennin so he could illustrate her gorgeous hair in the remaining pictures.

This little book is a dream come true for me. Not only is set during one of my absolute favorite time periods for fairy tales, it’s by Gordon Laite, the most influential of my childhood art heroes.