Despite what the calendar says, September is the beginning of Autumn! The days are hot, but the afternoons already show the long shadows typical of my favorite season. Fall also means I’m feeling invigorated. My table is full of projects that I feel great about. The work of the past year is finally coming together. It’s so nice to create something and be satisfied with it.

A few things I’m working on- 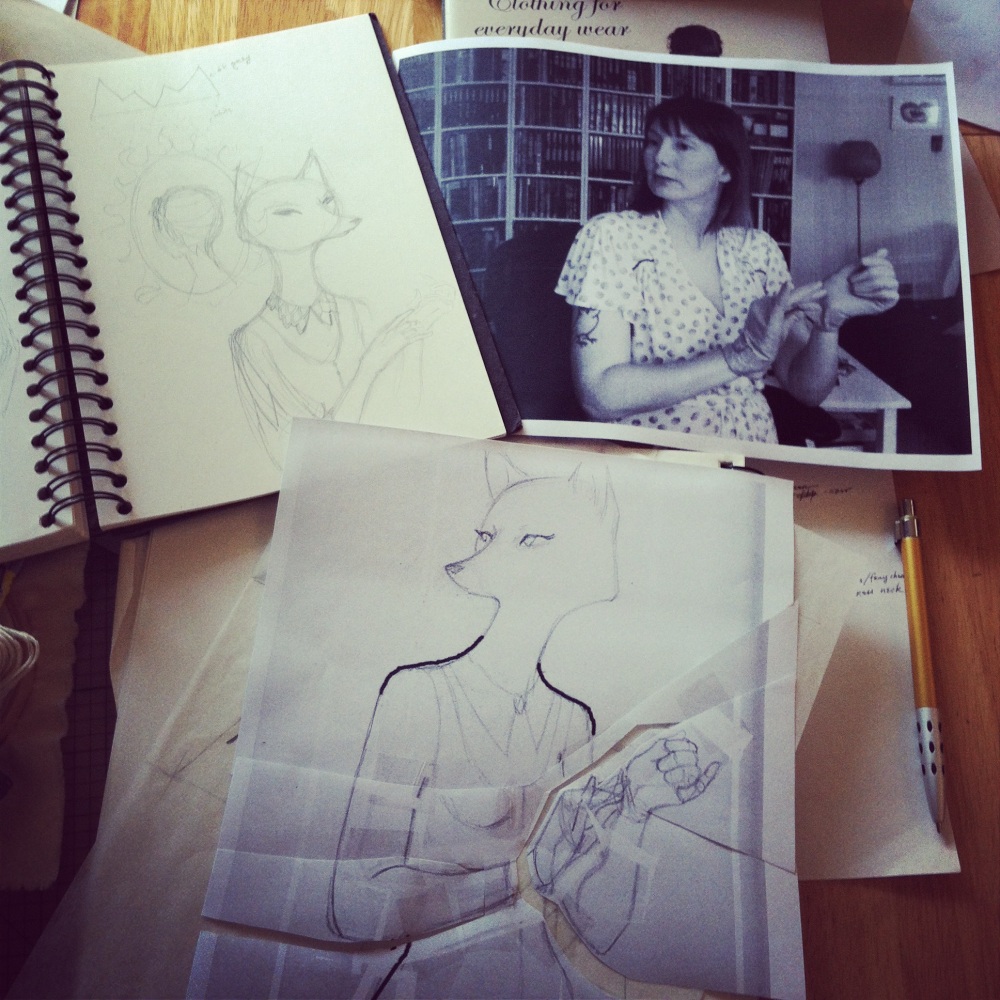 Generally, my work flow is something along the lines of first getting visual inspiration. I watch my favorite movies or shows (like Twin Peaks), browse books and magazines (my favorite drawing books, Rackham, or Pinterest), &/or listen to music (Of Monsters and Men has been on perma play). Then I make a quick sketch in a small notebook (upper left). I take photo reference & print it out (upper right). And then I make a sketch in my large sketchbook. Sometimes that gets scanned into Photoshop, tweaked, and printed. But even then it may not still be right, so I’ll cut up the print and move things around, taping them until they finally look right. After that I transfer the drawing to thick Acrylic paper or canvas.
The color process involves going back to my sketch in Photoshop & slapping some color on there for a general idea before I actually put paint on the paper or canvas.

Some more wips (works in progress) in this same series- 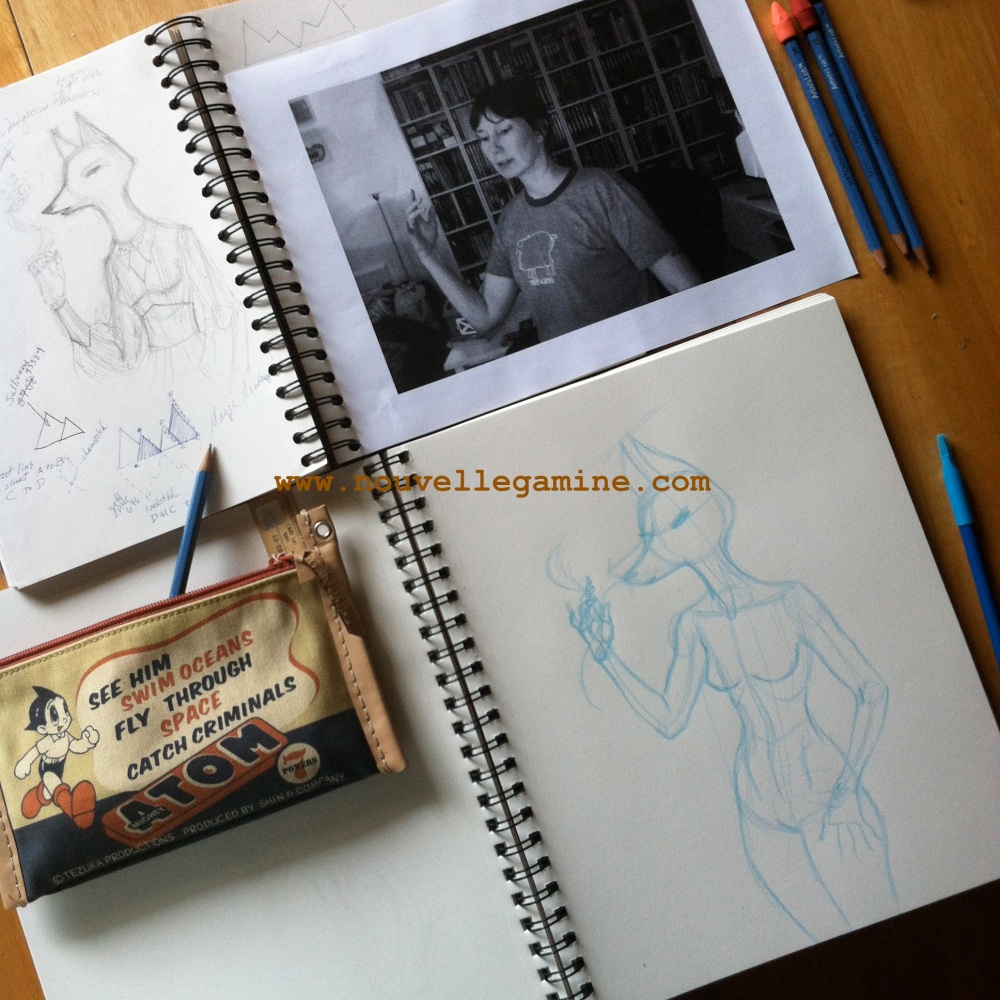 Sigh, I have been dreaming of Pumpkin Spice Lattes! I’ve already had 4 so far. My husband thinks I’m crazy, but I explained to him that they’re seasonal and so they’re gone after Thanksgiving. He was tempted, but decided to stick with his ice coffee.