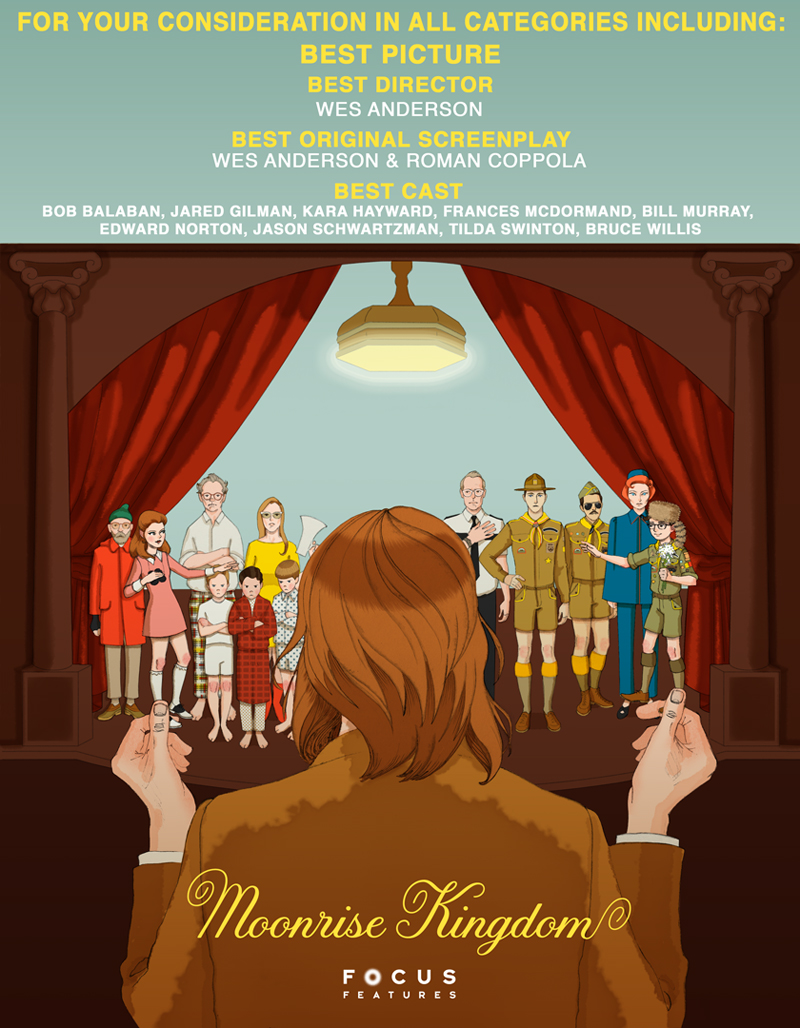 I’m so excited! I’m one of the winners of the Focus Features, “For Your Consideration Moonrise Kingdom Fan Art Contest.”

I wanted to convey Wes Anderson’s love of symmetry, as well as the theater-like qualities of his film making. He often has plays in his movies, and his scenes alternate between exhibiting a static quality evocative of the stage and a frenetic realism that jars the viewer into reconsidering their perceptions about the movie. The figures are intentionally reminiscent of the Moonrise Kingdom character shot (featured on their website, among other places.) They all face forward, gazing at the viewer, with three exceptions: Susie and Sam, who obviously only have eyes for each other, and Captain Sharp who gazes at the very married Laura Bishop. She does not return his gesture (although I like to think she is aware of it) and instead stands stoically next to her husband, who is seemingly defiant, but his resigned polar bear shoulders give him away.

It was very exciting to create some art for something I loved so much. And great news after being sick with pneumonia. I was very sick, but really, really wanted to create something for Moonrise Kingdom. This was the best “get well” sentiment I could have received!